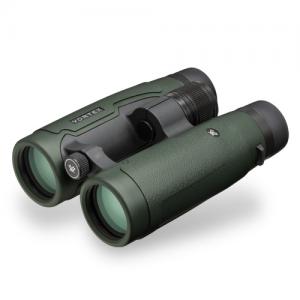 I've got to be perfectly honest. This isn't the story I was hoping to tell- I was hoping to eventually write the piece about where I finally arrived in the hunting world and unboxed my first set of Swavroski EL binoculars and wrote extended verbose praise about them, being quite sure to add all the extended technical details that make Swaro owners so annoying to the rest of us.

I used and abused my last set of binoculars pretty hard for the last seven years- a pair of Leupold 10x50s and they gave me yeomen service. I hunted hill and dale, bog and mountain top and they were a critical element in harvesting a bunch of game as well as just recreationally viewing items from afar. I dropped them several times, they went down the scree chute with me during a rather nasty fall and they've seen rain and severe Arctic grade cold more times than I remember. They certainly don't look new anymore, but all things considered they survived a lot of Alaska until late last year.

I ran over them.

The setup was really quite spectacular. We'd been hunting all day in the rain and were on our way to camp just after dark when I jammed my wheeler in a particularly soft piece of trail. I buried the front end to the frame. I habitually wear my binos around my neck to always be ready at hand to spot game but for the task of reaching down shoulder deep into the muck to retrieve my winch cable they'd certainly come to harm- so I did what any sensible man would do....I took them off and set them on the front rack out of harm's way. Well the pull out went well and as soon as the wheeler cleared the hole with a loud sucking sound, my partner asked, "Where's your binoculars?"

Off course they'd been on the rack and as soon as the ATV started to lift they'd promptly took a nose dive off the front rack right under the front tire where they were squished into the bog with all the weight of the machine. Then the back tire came by and did it again. I had to reach down into the sloppy mess and managed to feel the strap and pulled my binoculars like Saruman pulling the orc from the mire in the "Lord of the Rings".

When we passed the next stream crossing I thrust them into the current to clear the goo, watching with my headlamp until the water ran clear downstream. When we hit camp I dried them off and cleaned the lenses the best I could. The next morning I worked on them some more and managed to get a functional  set of binos for the remainder of the hunt. They worked well enough that I finished the season on them and managed several animals between myself and my companions, but something was off. After using them for a couple of hours I'd get ringing headaches and I believed something was out of alignment between the barrels yielding enough disparity between views to give me a splitting eyestrain.

Several months later, my wife pulled her usual "It's your Birthday" trick and pushed me through the doors of the Hook and Bullet Superstore in the big city of Fairbanks to go pick out a gift for myself. I immediately thought of binoculars to replace those and made my way over to the optics counter. I went to the Swarovski end of the cabinet (which garnered instant response from the clerk) and undeterred by the generous MSRP the darn Bavarians demand for their wares, asked to see a pair of 10x42 ELs.

Holy smokes what a view. I stood there with my wife, feeling her hot breath and icy stare looking at the  price tag. I've got to admit that I've been blessed enough that I could swing a pair if my heart so desired without taking food off the table or spending my next mortgage payment. My wife is gracious enough that I'm pretty confident she'd eventually let the eccentric purchase pass. The clerk, seeing indecision and pure sticker shock asked the question, "Would you like to see something a little less expensive and just about as good?"

Somewhere back in my family past was a Scot. And like all good Scotsmen his genes contained the genetic code for the "frugality gland". Well he beget someone who beget someone and so forth until my Daddy begat The Hodgeman- who stood at a sporting goods counter in Fairbanks with a pocketful of hard-earned bucks looking at binoculars apparently produced in an optics factory somewhere deep in the Rhine powered by fairy magic and unicorn flatulence.

"Yes I would." I replied as my frugality gland spasmed.

"Give these a try." the clerk proffered as he handed me a set of Vortex binoculars in the same size and power as the Swaros in my other hand. They were a set of Talon HDs (HD standing for High Definition, apparently the new optics marketing buzzword). I placed them to my eyes and made a few adjustments to the focus adjustment. Not bad. Not bad at all.

I then pulled them down and looked back through the Swaros....I won't be untruthful and tell you the Vortex had a better image. I won't even report the image was as good. But what I will tell you is that the two didn't have that much difference when you consider the price point the Vortex is sold at is something like one-fifth of the Swarovski. I stood there looking at the two, having dreamed for years of finally owning something like a nifty pair of ELs, then I thought of all the rainstorms, the rocks, the falls, the bumps and bruises my old binos suffered...that that gland spasmed again.

I handed the Swaros back to the clerk and said, "That's enough of these, I'll take the Vortex."