The Gun Crank v. The One Gun Hunter

I readily admit and have confessed in print many time before that I am a died in the nitrocellulose gun crank. And believe it or not, I believe it frequently puts me at a disadvantage to the "One Gun Hunter".

Let me illustrate- I recently helped a friend set up his first ever high power rifle (in fact, first firearm ever). After a lot of conversation he ended up with a plain Ruger 77 All Weather in 30-06, a Leupold 4x scope, and a few boxes of Federal 180 grain "Blue Box" ammunition. For those who've followed my digital scribbling on such matters, you would know that I whole heartedly endorsed the purchase and was delighted to help mount the scope, zero the rifle and provide basic safety and marksmanship instruction.

One of the questions that he asked was what other guns he needed for general use as a hunter.

Well, uh, um.....none. The beauty of the '06 is that it's so entirely adequate for the general run of North American big game and for that matter- most big game hunted throughout the rest of the world as well. A hunter armed with the previously mentioned piece would need no other rifles to effectively hunt for a lifetime. With the addition of a known accurate load that performs at the ranges typically hunted there is no confusion as to what ammunition to reach for. In my friends case- the 180 grain Speer Hot Cor bullet loaded in the Federal ammo shot near MOA and performs superbly at the '06's mild velocity, there's little reason to experiment and a lot of reasons not to. My friend just wants a general hunting piece and isn't really into shooting as either a hobby or recreation. His rifle is intended for edible game and packing along for protection on hikes and berry picking excursions. It's not something he wants to spend much time thinking about.

On the other hand, folks like myself who generally like messing with rifles and like to spend time with different rifles in the field are often subjected to tremendous learning curves. For a guy used to hunting with a .308 and the looping trajectory with a 180gr bullet, the .257 Weatherby shoots as flat as a laser beam. Bullet performance also varies widely- a particular bullet design that performs well at the .308's mild velocity become an absolute bomb when pushed north of 3000 feet per second. A tough bullet like the Barnes TSX when slowed down to mild velocity just don't perform their best.

That's just a lot of information for a gun crank to keep floating in his noggin'. Particularly when there's a target critter in the crosshairs. After overshooting a critter with a hot magnum and seeing some sporadic bullet performance in my early hunting career, I'm of the opinion that hunters should endeavor to keep most of their hunting to a single rifle and single effective load of known performance. For several years now I've hunted nearly exclusively with my Nosler rifle firing that company's 180gr Accubond bullet. Performance has been perfect.

Not withstanding- having a variety of rifles is a lot of fun, but in the hunting field it's more of a hindrance than a help. 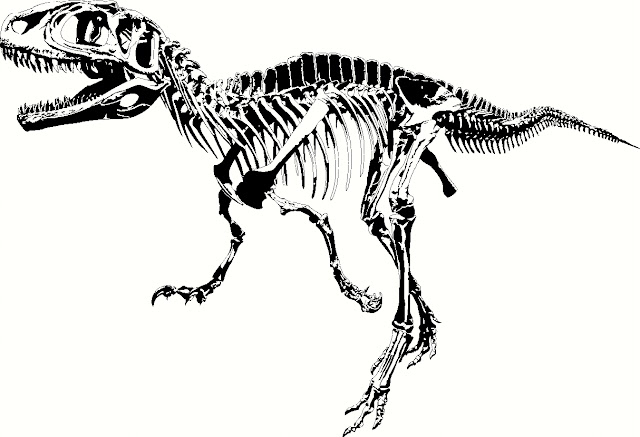 Recently in my wanderings I came across across a very lovely and well- loved .416 Rigby for sale... of course I bought it. My wife asked me why I needed such an out sized rifle.

"Dinosaurs" I replied with as straight a face as I could muster.