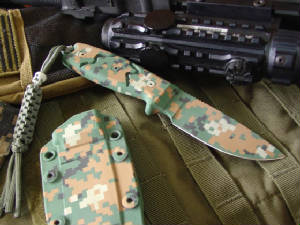 OK folks...here we are a week past Thanksgiving and a few weeks shy of Christmas and winter is upon us full force. It's dark and cold and, given the season, I've had to venture out to do the seasonal shopping. I absolutely refuse to participate in Black Friday madness so the shopping waited a bit until this week.

I tend to shop local as much as possible but given my locale there are certainly some things I have to travel to a larger city to find. While I'm there I generally like to make my way to the "Hook and Bullet Superstore"- which is basically everything you need and a lot of what you don't under one gigantic roof. I've been aware for some time that the outdoors industry is every bit as a fashion and fad driven as any other that markets it's wares to John Q. Public. I purposely try to stay out of the fray given my self admitted gear nerd tendencies (SBW would call me a 'kit tart' with a proper British accent) or I'd be right there with the rest of my gear nerd brethren arguing to the supremacy of 250 vs 300 gr/in merino wool, the 7mm vs the .30s, or some other vital minutiae.

That said- what I find on my visits to the "H&B Superstore" sometimes gives me no shortage of chuckles. It seems in the fashion driven world of hunting the word "Tactical" is back and "camo is the new black". It seems there is no end to what accoutrement manufacturers will slap camouflage paint on and no silvery, shiny surface they'll not black out in an effort to "tacticfy" it. Yep- camo, matte black, and the trendy "Flat Dark Earth" color (which conspicuously looks like old school khaki to me) on everything from clothes to packs to tents, to whatever. Among the wares tactified were knives, lighters, flashlights and other items it seemed to me might be in the outdoorsman's best interest to find quickly and not lose.

Case in point- a fine looking knife with a MARPAT sheath and handle and a blade coated with some type of FDE coating. You know, as a guy who uses a knife in the field quite a lot  I'll be dead level honest with you- I'd lose that thing in a second. I'd set it down while working on a critter and never find it again. Heck, I've lost bright, shiny and pretty knives to the tundra and boreal forest without trying. These days I buy knives that are two things- inexpensive and, preferably, orange. You know, a knife is a pretty important piece of equipment to the outdoorsman and it seems silly to make one harder to find on purpose- especially since no one I know ever spooked a deer or moose with the handle of their knife. Of course, if you make knives I can see some value in making them easier to lose.

Come on guys (and it's always guys)- we're hunters not ninjas.

The other fashionable artifact I saw in great abundance were zombies. Yep....zombies. Unless you're living under a rock or are my next door neighbor you're already quite aware that folks in the US (and maybe other places as well) are flat out fascinated with the brain munching undead. I gotta admit that I find the notion a bit less than appealing. Maybe more so since it's now infected the outdoor market and I saw items such as "Zombie Max" ammunition- might sound like a joke but the bullets are real. Not funny. Seriously. I also saw a "Zombie survival kit" (not on my list of things I worry about), zombie targets (again, not on my list) and a shotgun marketed as a "Zombie Slayer". You know- maybe I need to lighten up a bit but marketing real arms and ammo to the X-Box crowd might not be in our collective best interest.

After seeing these sorts of products, maybe we could start a new trend..."Practicool". You heard me- an item that's practical in it's construction, useful in this paradigm of existence and made in a color that doesn't virtually guarantee it's immediate loss. How about an orange handled knife that costs a mere $15? Everybody ought to have two! Tents would come in one color....bright yellow and ammo will kill real creatures as opposed to mythical ones out at the Walter Mitty Gun Range.

Maybe i'm getting old but...
Usually my stock answer to anyone who thinks they should lighten up is Go for it, but this time You've got it right, that whole Zombie thing can be pretty funny if its done well, but we are talking about Real Effing Bullets! you know the kind that meet their target with lethal force! Leave Zombie nullification to the paint ballers.
SBW

I like that "practicool" idea, and think it's a drum worth beating!

Sure, the Zombie stuff was good for a laugh (did you see the zombie scope with the bio-hazard icon in the reticule?), and some of the targets are a kick out behind the barn. But it really has to have run its course by now.

I can't help giggling a bit when some nimrod shows up in camp with small gear all done up in camo. After spending a day and a half looking for my brother's lost camo GPS/Radio (appx $300 at the time), the importance of high-visibility colors was made clear.