About that Milk Carton...or Zombie Guns in the News 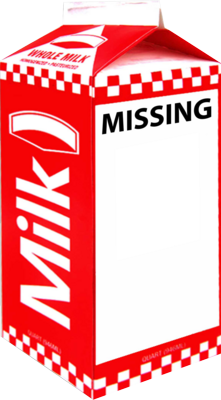 I am glad to report that rumors of my disappearance have been greatly exaggerated. For those of you who are putting together a campaign to have my best "grip and grin" printed on a milk carton, please stand down.

I hate to make excuses for the sometimes lengthy gaps that appear between posts, but breaking my own rules is something I frequently excel at. I noticed it had been 2 months since my last post and it elicited some inquiries to my health and well being. In short, I'm fine. I had a minor surgery with a few days of recovery which would have been an ideal time to write had I any wits about me. Summer has been exceptionally busy. I've been clearing some land in the hopes of protecting the home front from the inevitable wild land fire that will blot this patch of black spruce from the map one day- when, not if, mind you- so a lot of effort has been spent running the chainsaw and hauling wood and brush around. Although that's technically an outdoor activity, it sure isn't much to write about.

On other note, I've enrolled in a program of higher education and that's taken a fair bit of time as well. The curriculum so far has been pretty writing heavy- averaging something like 2500-5000 words per week and that my friends will empty the well pretty fast when it comes to recreational prose. When I have free time not on the keyboard or saw, more writing is just not something I'm motivated to do.

So there- with that excuse out of the way- I'd like to answer some correspondence publicly. I've gotten a few inquiries over the last few months asking my thoughts about the best "zombie gun". Being fresh out of reanimated corpses to shoot, I can only assume the question is regarding a class of firearm best described in terms we used to talk about as "self defense" arms. I fully hope the "zombie craze" in the arms market will fade into blessed oblivion soon but the typical reference to zombie is typically one toward self defense against humans as opposed to predatory attacks by animals or in regular hunting arms. Admittedly it's not a topic I've broached much, since I'm much more interested in hunting arms than martial ones so take my opinions with a grain of salt since I have no experience and little training in the genre.

For general beating around in the bushes and riding around in the jeep, I tend to very much like the very pedestrian 12 gauge pump shotgun. Plain. Cheap. And effective as hell to boot. At typical self defense ranges a load of buckshot just plain works. I know it's not all sexy and full of marketing messages and patriotic overtones and glow in the dark bullets but a run of the mill Remington 870 (or almost any other maker) with a fist full of high brass '00' buck is a fight stopper and the sight of a shotgun tends to scatter bad guys like light on cockroaches. For the occasional hunter and recreational shooter, becoming proficient with the shotgun doesn't take long and in the self defense role it's good qualities on grouse and marauding bears still apply.

For goodness sake- stop with the gun-nerd, mall cop ninja wannabe crap and stop hanging crap off your shotgun. You do not need the following items:
1) a twelve shot magazine tube.
2) a pistol grip
3) a flashlight
4) a laser
5) a bayonet
6) and almost any other accessories with the label"tactical" or "zombie" in the advertising.

A plain vanilla shotgun. And buckshot. That'll do. I got no qualms with a short barrel or a long one- your preference and in most instances it'll make no difference in use at all. A short barrel is easier if you're working around farm vehicles or inside a structure and I have been fond of the 20" smoothbore version with rifle sights that Remington (and others) make for deer hunting. Several makers have produced "combos" for the budget minded hunter- usually including a longer 26" or 28" bird barrel and a 20" deer barrel with some form of open sights. That's a pretty nice combo.

I did get one inquiry specifically asking about the AR-15 variants. I've expressed my utter disdain for the AR platform before and in a self defense role I just don't see it as better than (or even equivalent to) a shotgun. I'll make no friends with the statement- but I find the proliferation of high power rifles for defensive use disturbing and I don't care one whit whether it's in the hands of a private citizen or a police officer. A rifle is a tool of offense in my book- the basic tool of armies, hunters, et al.- and it bothers me a little to see a black carbine riding around in an urban squad car. Call me old fashioned, but the "riot gun" is a real cop's tool and I don't care for the melding of policeman and soldier in our society. In the hands of a citizen as a defensive tool it's been the darling of the shooting world for a while and everyone is touting it's advantages. Most of which make me form little noises that sound like "humph".

For a defensive rifle I think the old school concept of lever action carbines chambered in pistol cartridges make more sense. The longer barrel gives the ammo a little more steam but the real advantage is the added sight radius. A little Marlin carbine or Winchester Trapper in .357 or .44 (or 38-40, etc) makes an efficient combination that's easy to handle and easy to shoot as compared to a pistol. I know it's fallen out of favor in recent years, but it works and is reasonably easy to master.

For handguns, I tend to think they're more about placebo effect than real benefit. A lot of folks sleep better at night knowing one is in the bedside table and I guess I got no real beef with that but several years of watching people shoot handguns under pressure leads me to think that most people overestimate their ability by a sizable factor. Becoming a proficient hand gunner takes a lot of time and a lot of ammo and most folks just don't take the time and make the effort to get there. Case in point- there are numerous true legends of police officers (who receive more training than the average citizen albeit minimal) and bad guys exchanging volumes of fire in hallways and other crowded areas without hitting anything. A lot of police shootings involves far more missing than hitting so perhaps the handgun's best attribute is portability more than anything else. Interestingly, citizen self defense shooting tends to have a higher hit ratio- which I largely attribute to "home field advantage" and closer range. 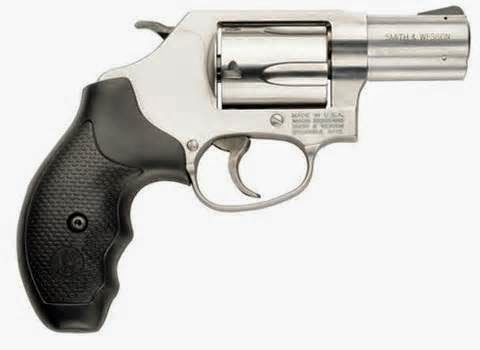 For times when fitting into a holster, a pocket or other suitable packing method is advisable I tend to prefer the double action revolver. The manual of arms is simple, easy to master (the operation, not the shooting), and pretty hard to screw up. I really like the line of Smith and Wesson "J Frame" series of 5 shot snub nosed revolvers. The one detriment is that these revolvers tend to be very hard to shoot accurately- which is a bit misleading since self defense with a pistol is largely a near contact endeavor. Around the house and on the trail I favor the bigger framed single action revolvers due to the more powerful chamberings available. I tend to be pretty rural so I'm usually thinking "wildlife" more than "bad guy" when fiddling with a handgun. Bottom line- even though I'm an experienced hand gunner, if something bad is going to happen I'd much prefer the shotgun than anything else.
Posted by hodgeman at 9:14 PM

i know the feeling
SBW

First, welcome back... even if it's just for a while.

Second, great post. The Zombie guns fad has got to run its course sooner or later, but since these are the only way the manufacturers can introduce new products these days (it's not a "gun", it's a "platform"), I guess we're still some distance from that. I guess the upshot is that it keeps the industry thriving, and seems to be adding interest in the shooting sports.

As far as self-defense, I've also been a strong proponent of the scattergun. When we had the gun shop, I spent a lot of time diverting new gun owners away from the little Beretta .25 or .32 belly guns and pointing out the virtues of a pump gun (although I recommended 3" #4 shot for home protection... even in the biggest room, that's gonna leave a mark). The double-action revolver was always the fallback for the hardheads who simply had to have a sidearm.

Good, practical post, and I'm glad to see it.