Fat Guy on Sticks... or How I Learned to Love Skis. 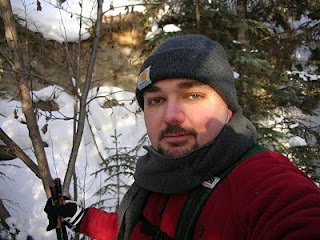 My history with skis is a long and varied one...admittedly one with large spans of time wherein I ignored skis with a determined resolve. I guess you could say my first experience with skis occurred during my college days when a good friend took me several hours north to W. Virginia to experience the thrill of downhill skiing at one of the resorts there. Needless to say I found the East Coast machine made snow a proverbial (and quite literal) pain in the butt as well as sundry other parts of my anatomy. I was happy to spend the majority of the rest of the day nursing injuries around others with similar tastes in activity and micro brewed beer.
Fast forward ten years and I am now living in Alaska... home to big powder snow. I managed to somehow get the service route for Aleyeska Ski Resort and spent considerable time hobnobbing with the resort staff and ski patrol folks. I decided to give downhill skiing 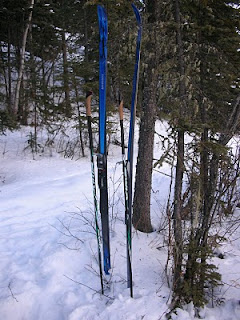 g a try again at the unending nagging and instruction of a man named (if the embroidery on his jacket was to be believed) Captain Danger. See results from W. Virginia to see how that played out.
So fast forward another ten years and you find me living in the real big powder country of Interior Alaska. Surprisingly flat and forested country, the indigenous folks had absolutely no history of skiing at all- instead relying on snowshoes for centuries. I, for one, was happy to follow along in their Ice Age footsteps; wearing a pair of snowshoes out every couple of years and using a snowmachine to travel any real distance I might need to. Interestingly a couple of other things happened.
I have developed a near hatred of wilderness internal combustion in my middle age, preferring more carbohydrate powered pursuits when possible. While I did own a snowmachine I was always bothered by its sou 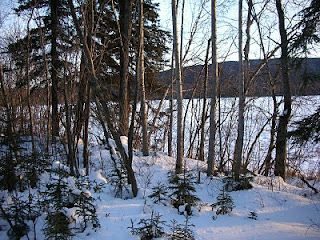 nd and the fact the engine was a polluting nightmare. Not to sound as if I'm on some kind of ecological high horse mind you- the second part of the tale involves good old profit motive. A trapper acquaintance of mine recently watched his decade old trapped sled reduce itself to a molten aluminum heap in the middle of his line when fuel fitting decided it had just had enough of his patchwork shenanigans. As luck had it, Ski Doo stopped manufacture of the 300 single engine (long favored for reliability and fuel economy in the Bush) in favor of more performance oriented machines. In short, I now owned a genuine item of desire for Bush people all over the Interior. My trapper buddy made me that offer I couldn't refuse and the machine left my driveway in the back of his pickup.
Machineless, I was now back out with the dog on my snowshoes... plodding along like folks on snowshoes do. For those of you not experie 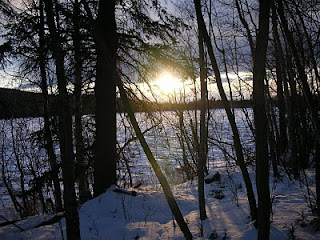 nced with snowshoes- let's just say its never been accused of being a graceful endeavor. While plodding along one day I yielded the trail to a friend of mine coming up from the rear on cross country skis. What a beautiful sight! Fast, nearly silent and looking very efficient for moving through powder I asked if I could try it sometime. A brief scoot around and I was hooked. The next visit to Fairbanks netted me a natty new set of backcountry skis that I've been having a terrific ball on the last month. In fact, being recreationally cash flush, I wound up buying some for the whole family. The dog couldn't be happier. The pictures are from my trip today to Lost Lake. 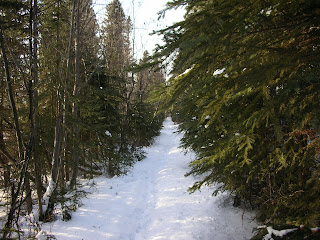 An example of the winter trail. The smell of wolverine musk (kinda like skunk...) was so strong in this section that I was concerned I might have to shoot one off my dog's nose in close combat!

Good to see you posting again

This january was the first time in years i could have used skis in London.
SBW

Glad to be posting again... last couple of months have been ridiculously busy.

I've got some good stories and photos to post so hopefully a few new ones in the coming week.

Yes - welcome back. I was recently passed by 3 cross country skiers while making my way to a trout stream. Gonna have to give that a shot someday.