Author's Note- the persistence of good friend SBW resulted in this post, meant for completion a few days after "Pt.1" but I ran out of steam and never completed the piece to my satisfaction. I must apologise as I feel I've left some folks hanging in the breeze on a topic several people have shown tremendous interest in. I don't know that the piece will ever meet my expectations but I'll roll it out there anyway. The interest in subsistence hunting (and my blog) is very gratifying and my apologies for not rolling this out there sooner. 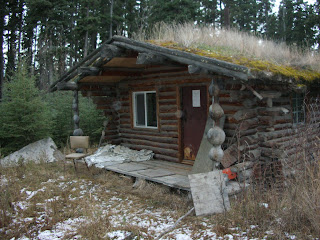 One of the things I've noticed as I experience hunting in and among various cultures, is that every culture approaches hunting in different ways, for different reasons and with different tactics. Before I moved to Alaska, I hunted small game and deer as well as fished in the rural Southeastern United States. The people there I hunted with often looked at hunting as a "sport" and were endlessly looking for that "big buck" or "big bass" and while many folks ate the game and fish they caught (shamefully some didn't), not many actually relied on them as a significant food source. For a lot of my acquaintances I could honestly say their primary motivation in their hunting and fishing activities was competition with other hunters. The fish and game laws and population densities were such that a person would have an extremely hard time subsisting on game alone and those did relish the taste of game meat often considered it the rare treat...more of an hors d'oeurve than anything thing else.

When I moved to Alaska I was exposed to subsistence hunting cultures for the first time, but with a catch. I lived initially in Anchorage- which is a large and metropolitan city by any modern standard. Those participants of subsistence hunting culture that I encountered were out of their element as much as I was out of mine as a newcomer to the North. In my time there I did encounter several people who had lived a subsistence lifestyle at a point in the past- a mixture of Alaska Natives and Bush dwelling Caucasians- who for whatever reason were now living a metropolitan existence. I did know a few folks who lived a partial subsistence lifestyle that mainly consisted of fish on the subsistence end and the occasional sport-hunted big game animal on the game end. In groups of people where several hunters were gathered and talking about hunting, I noticed that those with considerable subsistence hunting roots often fell silent or wandered away from the conversation. I wouldn't know the reason why until I myself moved farther into Alaska and travelled to areas where true subsistence hunting was the primary mode of people feeding themselves.

When I did travel to a remote village for the first time, I was quite unprepared for what I experienced there. Game taken on a scale that defied imagination- literally racks of caribou hanging everywhere in the village, fish hauled out from under the river ice in long nets and stacked like cord wood. Within moments of the harvest, the animal was processed and the shooter essentially couldn't pick the portions of "his" animal from among the many dozens already processed...and surprisingly to me, didn't seem to care. I was curious about this and finally realized that for these people, killing an animal was the equivalent of heading to the grocery store and that the family groups shared the catch first among themselves  and then shared it with the wider community. I was also surprised that none of the men hunted alone, but rather in small groups of four or five (usually related some way) and that when meeting other groups (or crews as they referred to them), intel about animal movements and locations was shared freely. That was really a surprise coming from an culture where my Caucasian hunting friends prattled on about "secret spots" and went to great lengths to keep locations and information from other hunters. I decided that this merited some more thought.

Within a few years, I moved farther out into Alaska and now reside in what one might call a "partial Bush community" in that we are attached to the road system but resources in the community are somewhat limited and many of the residents practice a true subsistence lifestyle and many (like myself) have a partial subsistence lifestyle. I've also noticed that the attitudes about hunting have changed as well. True, we still have people who hunt competitively for sport but they are really an unusual fixture here. Most of the hunting and fishing activities if not totally communal in nature like a Native village are at least partially so. For instance, during dipnetting season once the salmon catch arrives in town, gifts of fresh red salmon are freely shared among friends, relatives and those not able to go for themselves. In fact, for many species and animals, Alaska laws allow for a proxy hunter- wherein another hunter can take the tags and bag limits for someone who may be disabled or elderly and fill them for them.

When big game hunting in parties, the party generally sets a number of animals it can handle in whatever location it's in and it may be less than the number of hunters afield. Although everyone who intends to potentially shoot will have a legal tag to avoid "party hunting" regulations, not everyone will get a shot. Once an animal is harvested, then all members stop hunting and process the downed animal. In a party of four hunters a couple of moose will represent everything that can be rationally harvested from the field. While the shooter will almost invariably lay claim to the antlers or other trophy item- everyone in the party will expect a portion of meat for their participation. To fail to offer a hunting partner a share of your catch is not frequently seen as an insult among Anchorage residents, in the Bush it is considered exceptionally rude and disrespectful and in Native villages the shooter is seen as having no right to exclusivity whatsoever. Break those rules and you're often hunting alone before long.

After thinking about the vastly differing perspectives on hunting I've come to the following conclusions, which I readily admit could be entirely wrong. Many Native hunters will not speak at any length about hunting due to certain cultural superstitions and beliefs- ie. brag about killing a big caribou and next week you may not even see one. So the urban sport hunter is frequently seen as selfish, wasteful and insulting to God and Nature to boot. Those Native hunters and Bush subsistence hunters I've spoken with when compared to the urban sport hunters I've had long relationships with differ in this primary way- the sport hunter often sees the catch as the result of his exclusive labor, skill, aptitude and even luck. Among subsistence hunters the harvest is often seen as the collaborative result of many people, skills, even the animals themselves, the environment and the forces of God and Nature. While I'm not prepared to call either viewpoint incorrect, every time I view a televised hunter shooting a big deer over a corn feeder on a large hunting ranch and then being congratulated on his extrordinary skills...I can't help but think of those racks of meat on the Arctic coast being exclusively eaten by people who are pretty darn humble about it.

Excellent post, thanks for sharing. I have never really understood the "trophy" hunter.

Thanks so much for this, there's a lot to this that never gets a look-in from the Hook and bullet magazines, which is a crying shame as this is where the great stories are going to be.
SBW

PS how about part 3?

Excellent post. When you hunt or fish as part of a small group with the mindset that whatever is taken benefits everyone equally, it changes your attitude.