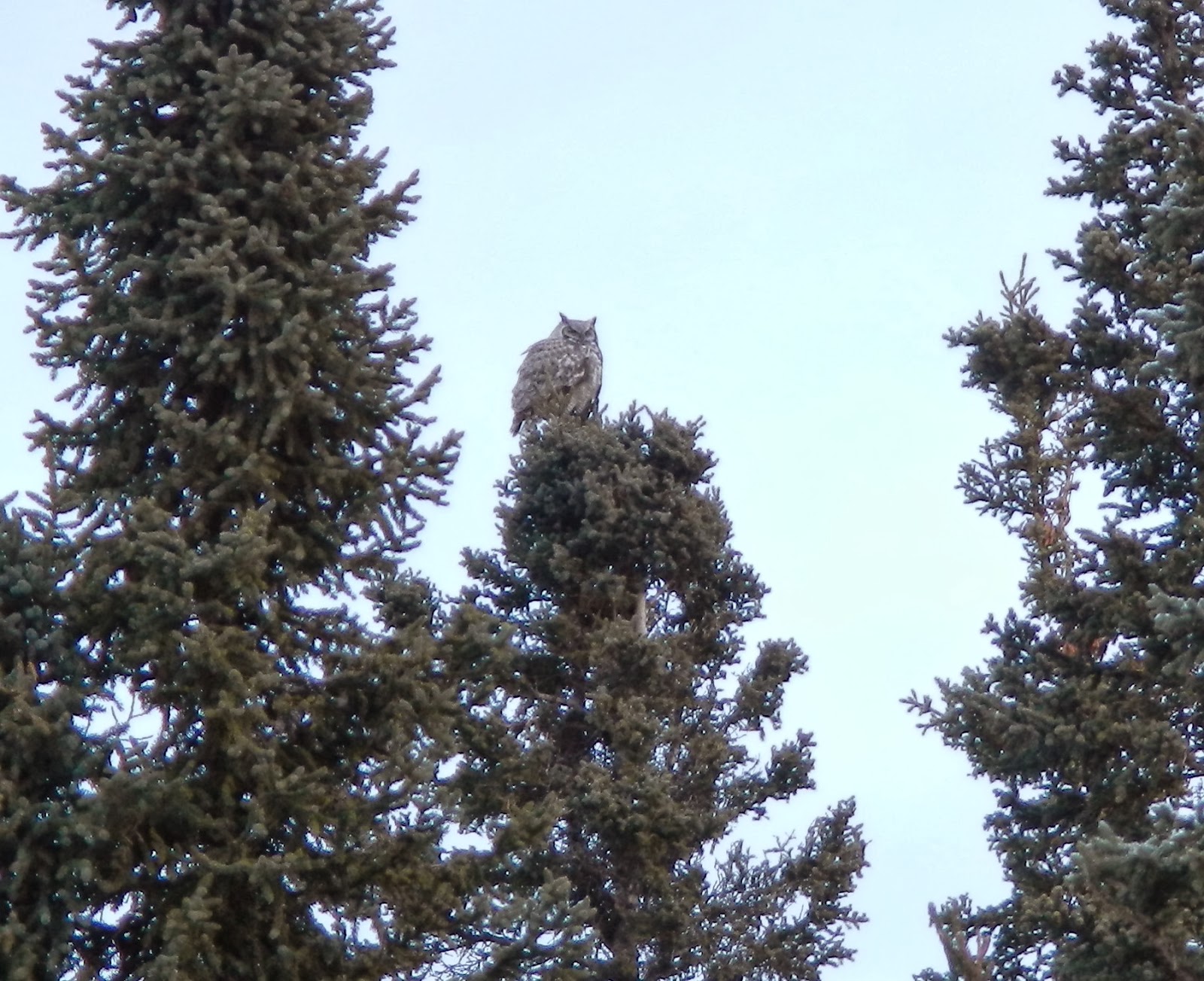 Spotted this guy on our grouse hunt yesterday. The Great Horned Owl- widest ranging and most common of the large owl species.

Here's the particulars from The Alaska Owlmanac:

The Great Horned Owl is about 18-25” long. It has prominent ear tufts creating the “horned” appearance. Its large size and white throat, or “bib,” distinguish the Great Horned Owl. It is Alaska’s only large owl with ear tufts. The back of this raptor is various shades of brown and gray, mottled with white and buff. The underparts are white, tinted with buff and barred with dark brown or black. The facial disk is reddish, and the eyes are deep yellow. In flight, these owls are recognized by their large heads, very short necks and white throats.

Great Horned Owls rely mainly on their accute vision to detect prey and tend to hunt in the twilight hours near dusk and dawn. Snowshoe hares are their primary prey, but they will eat whatever they can get their talons on including small mammals, birds and even fish. Great Horned Owl populations fluctuate with changes in prey populations. (no wonder we couldn't find a grouse…)
Habitat:
These birds live primarily in forested habitats. They invariably nest in old hawk, eagle, raven, or squirrel nests, but may occasionally nest in a large natural cavity of a hollow tree or cliff edge. They hunt in fields, meadows, old burns and along forest edges.

Usually give a five-noted, deep, resonant hoo, hoo-hoo, hoo, hoo song but variations are common. Unlike other owl species, both male and female Great Horned Owls sing. Intensive courtship calling occurs from December through March but they regularly call throughout the year.
Posted by hodgeman at 11:25 AM