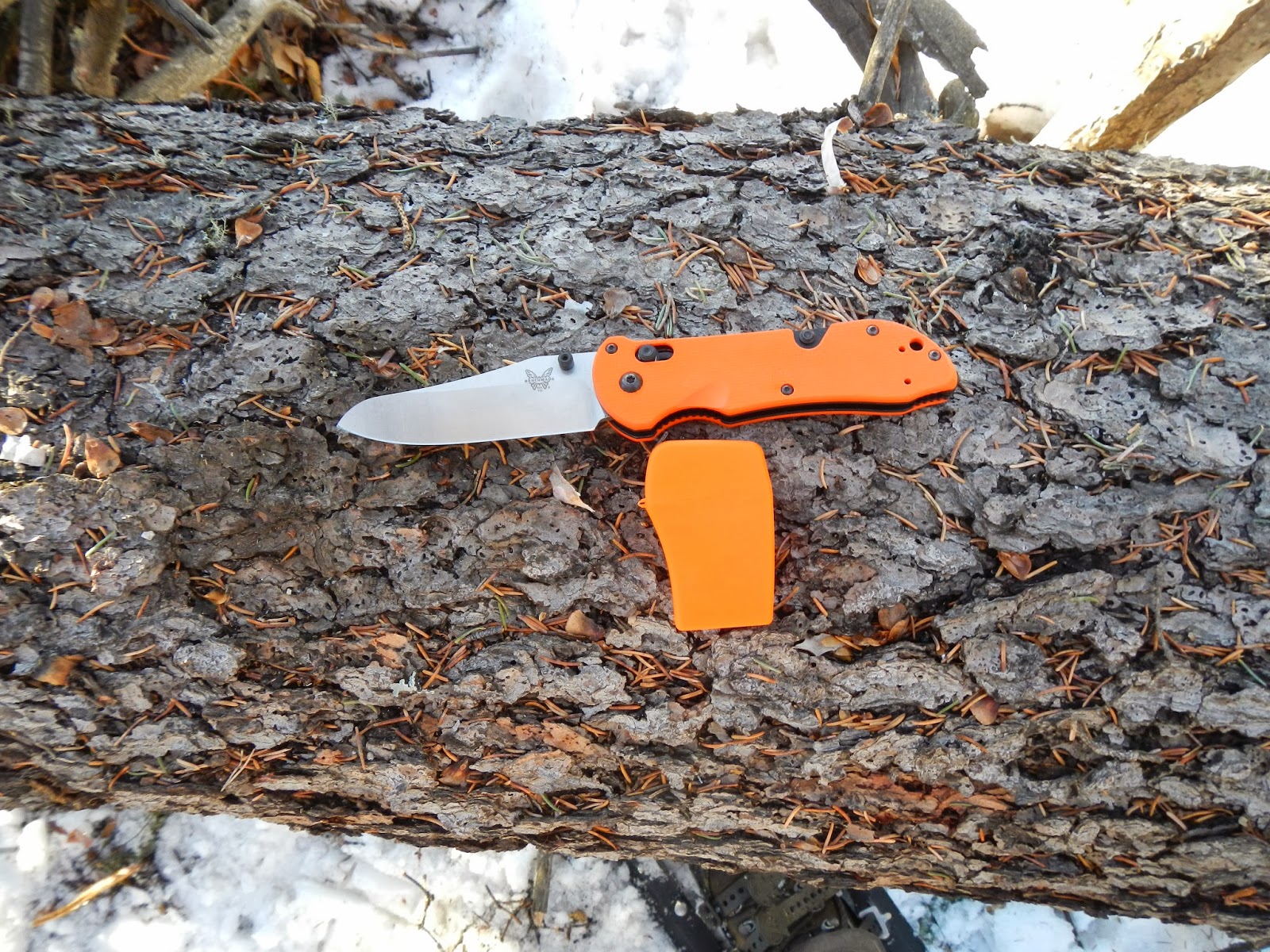 When you look at the product- it's apparent they didn't reach too far for design inspiration- it's an orange molded plastic case that's basically the exact same size and shape of a Zippo lighter. That is where the similarity ends however- where a standard Zippo is generally made of metal and requires lighter fluid to power it, the Emergency Fire Starter has a flint wheel and a compartment that holds 4 tinder sticks. The case looks at least water resistant enough for all but determined drowning and is a pleasing orange color so dropping it in the forest doesn't guarantee it's immediate loss. As an aside- I've ranted for years about how makers of vitally important gear often make it matte black, earth tone or even camouflage to sell it to armchair commandos who don't even know where the woods are. Bravo to Zippo for not "tacticooling" this product. 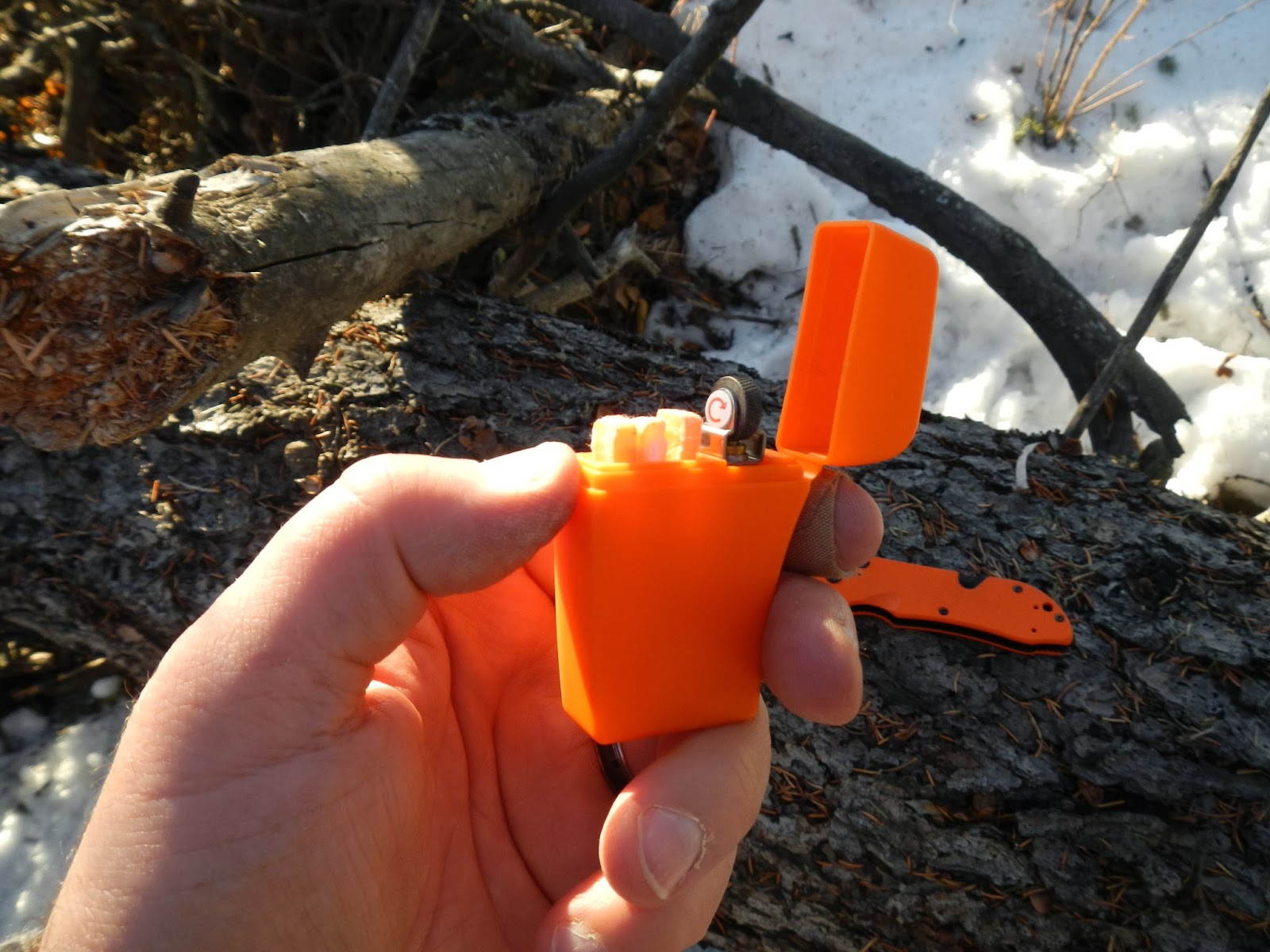 Every outdoorsman who's spent more than 2 minutes thinking about starting a fire in dire circumstances has experimented with the "cotton ball soaked in petroleum jelly" crammed into a 35mm film canister. And well they should since it works pretty well and most folks have ready access to the components. But since the invention of digital photography film canisters are harder to find and let's face it- fiddling with a greasy mess of a cotton ball is kind of a pain in the butt and then you have to have some form of sparking mechanism. The Emergency Fire Starter provides the sparking mechanism and 4 "tinder sticks" that appear to be some type of woven cotton fiber coated with some form of paraffin wax. The instructions advise to open the stick up and fluff up the fiber a bit before striking and once the cotton catches the spark the melting paraffin provides more fuel. In my tests the tender stick burned for more than 2 minutes by itself which is plenty of time to light a tinder bundle if you have any sort of experience making a fire at all. In fact, I'd probably cut each stick in half and give myself eight "lights" versus the four but I digress, it's hard to imagine an emergency scenario where a person would realistically need to build more than four fires. Well, at least this side of the widely publicized zombie Apocalypse that is.

Here are couple of my thoughts on the product. It absolutely works as designed.  I've built a bunch of fires by a lot of different means and typically in my kit have at least a couple of different methods and this one for it's intended purpose is excellent. I've had a wide range of ferocium rods and what not and while you can certainly build a fire using natural tinder to catch a spark there are certain conditions where it's probably more drama than you want to put up with. One of the major failings of ferocium rod fire building is that it usually requires two hands. With an injury to a hand or arm it may prove impossible to do so. I found the Zippo kit to be quite easy to do one handed and basically as easy as operating a butane powered lighter. I know many dedicated outdoors folks who like to practice arcane fire lighting methods like bow drills and so forth for aesthetic reasons and while it's a worthwhile pursuit,  if it boils down to me getting a fire or getting hypothermia- I'll take modern convenience thank you very much. I personally think planning to rely on arcane techniques in a true emergency is more Walter Mitty, Armchair Commando than anything else. 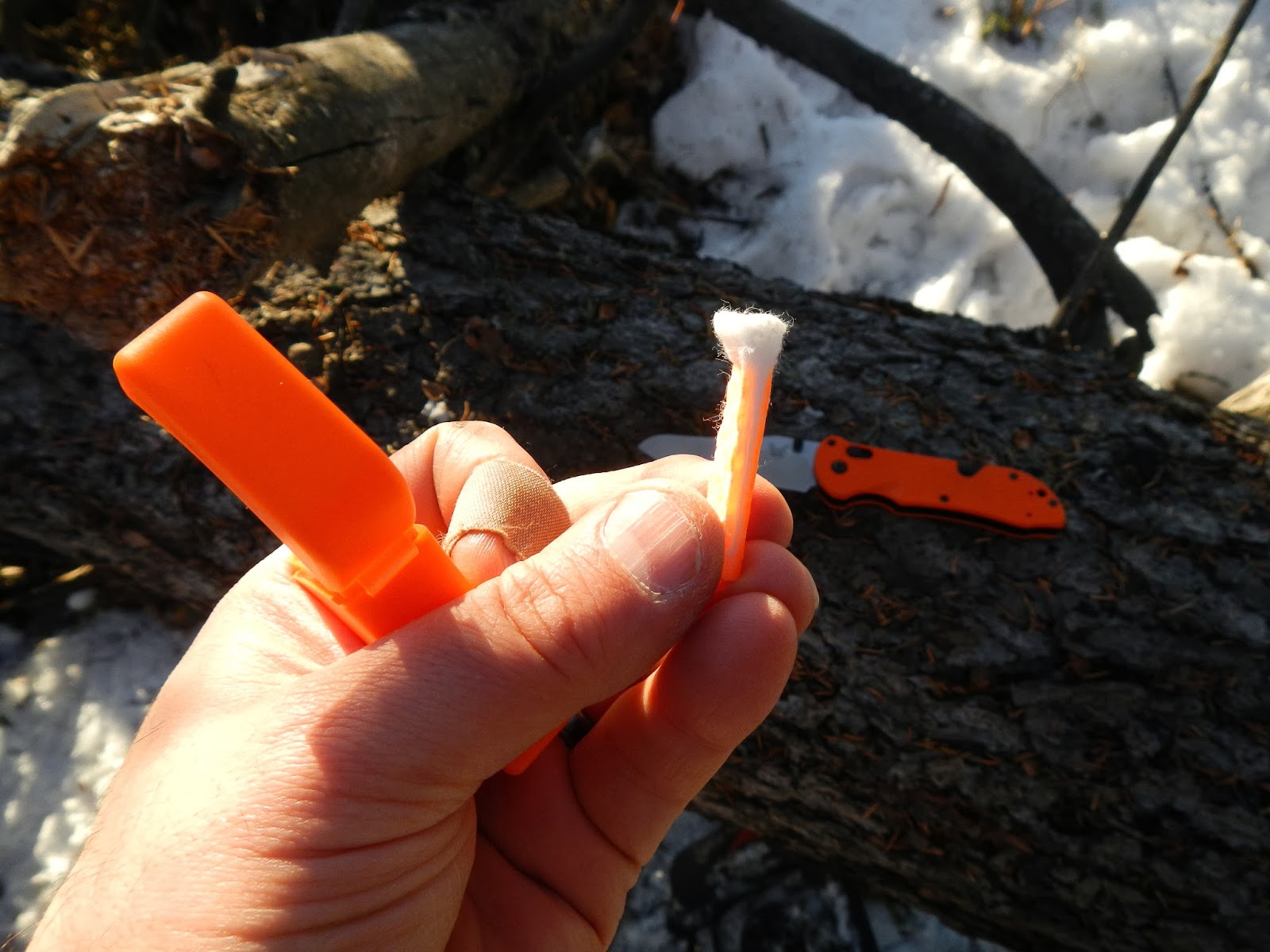 So why not just use a butane powered lighter? I'm glad you asked (you did ask didn't you?). For one, in modern air travel, carting around butane and naphtha powered lighters (or even matches for that matter) is generally verboten since some nit wit tried to detonate his underwear on a plane. For a great many folks adventure starts at the airport, so it's nice to have an option that doesn't have those restrictions (at least to the best of my knowledge at this writing). More importantly, it is also an item you can stow in your pack and it will be ready to use should the need arise. There's no gas to leak out, no cardboard to draw moisture and as long as you keep the cotton reasonably dry it will work without maintenance of any kind which is something naphtha powered lighters don't do at all and butane lighters don't always do well. It's also relatively wind resistant unlike matches. I for one think they've done a great job marrying the bulletproof reliability of a sparker with the convenience of a lighter.

Since the ability to build a fire in an emergency is one of the critical "make or break" moments for the outdoorsman in trouble, having at least two reliable methods of doing so is largely seen as the minimum. Since these are readily found for under the meager price of $10, there's no reason to not look at this as a great option for one of them.
Posted by hodgeman at 4:57 PM