Some time back I wrote a fairly extensive rant about the firearm industry's lack of responsiveness to the needs of youth and lady hunters with respect to making arms for that specific segment of the market. Of particular note was the relative lack of youth sized rifles in left hand configuration. Fast forward a few months and I'd been looking for my son an appropriately sized rife for the southpaw in him.

I found several makers with left hand versions of adult rifles and nearly everyone makes a youth rifle. Only a couple of companies however combined the two for a left handed youth rifle. Savage and Browning.

I've got to admit I had a predisposition against the Savage from many years ago when I had one of the company's 110s in .30-06 I'd taken as some sideways trade. The details of the trade completely escape me now, but I'm pretty sure I got the worse end of it.

It was pretty much the ugliest rifle I'd ever seen. 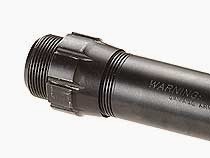 Like all of the Savage 110s at the time, it had the bulbous and rather hideous looking barrel nut attaching the barrel to the action. Savage's unique method of attaching the barrel to the action was a marvelous piece of cost cutting production engineering as it allowed for extremely precise headspacing on a gauge. That extremely precise headspacing also was the catalyst for something rifle cost cutting engineering was not known for…. extremely good accuracy.

That ugly as sin rifle shot with beautiful accuracy. It was good for minute of angle with any bullet weight you cared (back then that was 150s, 180s and 220s) despite an inexpensive scope and mediocre trigger. In those days, MOA capable rifles didn't grow on trees like they do now so it was something of a spectacular find. I hunted with it off and on and finally traded it off to a buddy when I acquired another rifle- also an '06- made by the German firm of SIG. I was quite taken with SIG's line of handgun and my hopes were the rifle would be as good.

It was a finicky and perverse rifle and the only load I could get to shoot slightly decently was the somewhat bizarre Winchester Silvertip (the OLD Silvertip, not the current one) in 125gr at a blistering 3400fps.  I only wish that SIG had shot as well as that second hand Savage despite costing several times more. It was a trend that I'd rediscover many years later. I don't know why I've told you all that nonsense- possibly the disappointment lingers. The market responded in kind since that SIG hasn't been made in well over a decade and Savages litter the shelves of sporting goods stores in America and a lot of the rest of the world.

So with my hatred of the Savage barrel nut firmly in place bolstered by bad feelings at a rifle that didn't figure into the modern equation of selecting a youth rifle- the Browning it was. I placed an order with the local "hook and bullet" for delivery by Christmas.

A few weeks later I was in the Hook and Bullet Superstore up in Fairbanks doing some other Christmas shopping when  I sauntered over to the extensive gun counter and asked by chance if they had a left handed youth gun….any cartridge, any maker. The clerk dug through the rack of rifles that spanned most of the rear wall of the store, 8 guns deep and came up with only one.

I kinda quelled the old predisposition and looked it over. Decent looking machining. Business like black plastic stock with a soft recoil pad. Matte black finish on all the metal except the bolt. A Nikon 3-9x on top….hmmm. I cycled the action and leveled it at an impressive kudu mount over the gun counter and pressed the "Accu-trigger".

A very satisfying break. Surprisingly so. I turned the rifle over and looked at the chambering. 7mm-08 Remington and that was a good sign. The 7-08 was on the very short list of cartridges I considered appropriate for a youth gun. The 7-08 started life shortly after the .308 Winchester when some enterprising wildcatter necked the .308 case to 7mm (.284). The world has as many good 7mm bullets in as many weights as there are .30 caliber bullets so the appeal was understandable. The 7mm/308 was finally legitimized when Remington turned the fairly popular wildcat into factory fodder in 1980 and the moniker morphed into the name we know today- the 7-08 Remington. 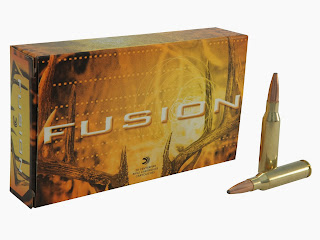 Common loads are 120gr@3000fps and 140s@2800fps with a smattering of others available and factory fodder more or less replicates the century plus old 7x57 Mauser (or .275 Rigby for my English friends!). It's hard to imagine that a decent 140gr smacking into a caribou or deer or even a moose in the boiler room wouldn't be sufficient.  In the older guise as a 7x57- a veritable boatload  of creatures had been knocked spinning. Using the heaviest bullets available one WDM Bell had killed more than a few elephant by using superior marksmanship combined with excellent knowledge of elephant anatomy. As a wildcat and later as a factory round the 7-08 quickly became known as an excellent game cartridge and is now loaded by nearly everyone and available in a number of rifles. As a bonus the efficient round has a fairly mild 13 ft/lbs of recoil and a moderate report even in shorter barrels. I probably wouldn't hunt grizzly or bison with the cartridge but everything is on the table.

In short- it should kill completely out of proportion to it's level of muzzle blast and recoil. Perfect for a huntress or youth rifle where hard kicks and ear splitting muzzle blasts aren't generally good things. Moving my eye forward I saw they'd finally machined down that bulbous barrel nut into a unit that had lines more similar to conventionally mounted barrels without giving up it's wonderfully precise headspacing.

I turned over the store's hang tag… $499.99. Considering it that is more or less came complete and ready to sight in and hunt that's a very good deal.

"Write it up." I told the clerk as I handed it back across the counter. "It looks like a long skinny package is under the tree this year."