I've got to tell you friends- 2013 was a great year on the outdoors front and I'm looking forward to 2014 with great anticipation. 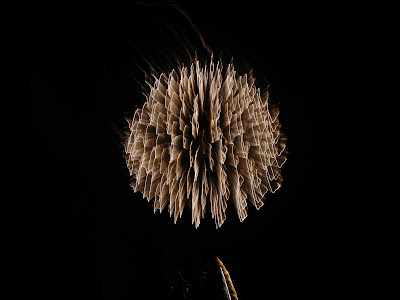 2013 saw several firsts- being selected to serve as Field Staff for a couple of manufacturers as well as negotiations for a couple more are in the works for 2014.

2013 saw me attending the Backcountry Hunter and Angler Rendezvous in Boise, Idaho as well as teaching at Becoming an Outdoors Woman in Alaska. Hopefully both will be on tap for 2014 as well.

Per several reader requests, I'll be putting up a "Hodgeman's Outdoors" Facebook page in the very near future as well as upping the involvement of Mrs. Hodgeman in the form of photography. One sharp eyed reader declared that my photos look like incidental snapshots taken with a cellphone while Christy's look wonderful.

Guilty as charged. More of her photography is on tap for 2014.

Also per several reader requests, more "field to table" articles and more technical articles focused on the affordable end of the equipment spectrum. Just maybe the start of a "Eating Caribou 101" or "Nom Nom Moose" book. I've sought to make outdoor and hunting adventures approachable for as many people as possible and while writing about expensive rifles taken on exotic wilderness hunts is a lot of fun, it's by no means required to hunt Alaska's big game- I'm endeavoring to show some hunts conducted with minimal amounts affordable equipment that should be approachable for almost anyone.

2013 saw a lot of great hunts and trips and 2014 (hopefully) will hold some more.  A couple of new things this year though. As much as I love hunting in Alaska there are other places I've want to hunt. First up, I'm taking Evan to Tennessee for a special whitetail youth hunt in my old stomping grounds among the deep oaks of Appalachia. Second, Mrs. Hodgeman has wanted a nice trip for our impending 20th anniversary for several years.…so at her urging we've booked the trip of a lifetime- to Africa. We'll be taking the family to hunt our way through northern Namibia after some of the coolest plains game and bird species the continent has to offer. You'll want to stay tuned for that.

So in closing….Happy New Year to you all and may it be filled with adventure and success.

May you have a wonderful 2014. My best to you and your household.

Happy new year dude, really excited to hear of your trip to the Namib, congrats on making it to 20 years too
SBW