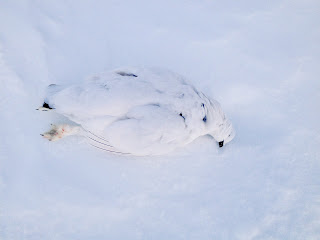 I occasionally get some interesting mail. A few weeks back, I wrote about the .223 Remington cartridge and espoused my opinion that it makes a pretty poor big game rifle when one considers the available options.

A few days ago I received an email asking me my opinion on what I thought about the .223 as a "survival cartridge". Well, that's an awfully big subject. "Survival" could be anything from being stuck on your own in a wilderness setting awaiting rescue for a few days to a full blown, end-of-the-world-as-we-know-it scenario.

Since the author of the email didn't specify- I'll choose the practical more than the fanciful. Let's say you're on your own at a remote cabin and your float plane is delayed for a few days due to foul weather. It's not an imaginary situation- it happens every year here to at least a few hundred people. Combined with a freak accident in which your food supplies went over the bow of the canoe and down the rapids would leave you in a precarious sort of situation. In such a circumstance, any sort of device to procure some grub would be a welcome addition, a .223 included. I'm something of a minority when it comes to "survival rifles"- most are such a collection of compromises that they give up much utility. I've got a normal, light, scoped, bolt action rifle in .223 and it'd be fine in such a scenario.

Consider that I know many Native people out and about in Bush Alaska who rely on the .223 nearly exclusively for food procurement. I think you'd do just fine with the .223. In my travels I've been to several villages where the only discernible high powered rifles were Ruger Mini-14s firing ball ammunition. I've even seen a photograph of a young girl who'd just decked a rather large polar bear at close range. While such things show you what's possible with the .223, it's highly unadvisable.

Most of my Inupiat friends shoot the .223 and they shoot seals, hares, ptarmigan and the occasional caribou and manage to do quite alright with it. While I do believe the .223 lacks a lot to be desired in a big game cartridge, it is nearly ideal for head shooting seals. I've never shot a seal (I'm prohibited by law from doing so) but I've seen Native friends do it. It typically is a close range shot, from a good rest and very, very deliberate. Such shooting is perfect for an accurate, low recoil cartridge and Canadian Inuits have used the .222 Remington for years in a similar fashion. Shooting caribou in winter on barren ground makes for easy tracking in snow.

My Inupiat friends also shoot small game like hares and ptarmigan with the .223 and it does fine. Meat damage isn't as bad as you'd think. This last weekend I shot several ptarmigan with my .223 while predator hunting at about 100 yards or so with no meat damage at all. I've done much worse with a shotgun. Hares are often shot in open country at longer range as well and generally aren't approachable to within shotgun or .22 range when winter hits.

One thing to consider is that most Native folks aren't going to carry a bunch of different guns- they're going to carry one and a light .223 fits the bill perfectly. In that vein, the .223 works but I still can't see it as a weapon of choice for the big game hunter who is purposely pursuing larger game. As a survival rifle it would fit the bill and extend your range quite a lot on small game over a .22LR or shotgun and still be in the realm of possible should a larger animal present an opportunity. In times of desperation, you make do with what you have.
Posted by hodgeman at 11:26 PM

Calibers are like vehicle engines. Different things work for different occasions. Where I grew up in Maine, mid-range calibers like .223 and 30-30 would do the trick in most situations, save moose.

Here in Colorado, I'm finding that I'm going to have to go bigger if I want to hunt. No underbrush and skittish antelope and deer in fields.