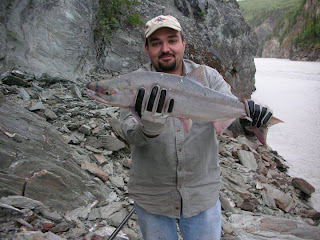 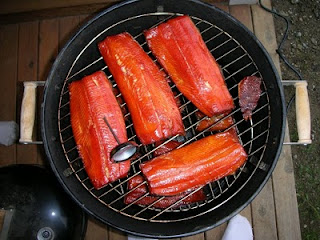 Now that's the life, good to see you posting again, i was just thinking how much I've missed your updates

Wow, that's quite a fishing trip. That fall, with a hundred pounds of fish on your back, must've really wrecked your knee, though. It hurt just reading about it.

Holly,
Luckily some bandages and duct tape were on hand... no stitches required thank goodness. It would have been a long trek to the clinic. The knee hurt like heck for a few days but luckily its in good shape now.

I healed snacking on some of the best smoked salmon I've ever eaten- amazing curative powers apparently!

Nothing like eating the food we were meant to eat. Glad to hear you healed up! But I'm still cringing :-).