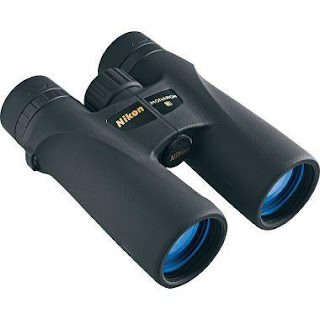 I've recently received some correspondence regarding my scope recommendations and thought the commentary worth passing along. I'll not say much about the actual exchange but here is the gist of it in a nutshell.

I wholeheartedly suggest, endorse, recommend, and use scopes of moderate power and, given a choice, will choose a fixed power almost without exception. For example- 4x, 6x and 3-9x40 are all in my arsenal of rifle glass and I've used them with much success. While there are other choices out there and people can make up their own minds on such topics, the concept as discussed in correspondence is simply abominable.

What the correspondence suggested was that a hunter should consider higher powered variable rifle glass and use that in lieu of carrying either binoculars or a spotting scope. I think that's a bad idea for a couple of reasons....

1. Scanning open country with a rifle scope will tire you out pretty quickly

2. YOU"RE POINTING A LOADED RIFLE ALL OVER CREATION!

It doesn't take a genius to figure out that scanning with a rifle will point that rifle at all manner of things that the hunter has no business pointing a rifle at- not the least of which is other hunters. I've been "scanned" with a rifle now a couple of times in the field and it makes my blood absolutely boil.  There is no valid reason or excuse for it and it is a slob's technique par excellence. I've heard of one instance where such a hunter found a note thanking him for peering at the note writer with a rifle scope- affixed to the hood of his truck with a nail pounded through the metal.

In review, here are the common field glasses and their purpose.

1. Binoculars- use these to find game, scan the hills and generally look at stuff you want to look closer at. 8x42 or 10x42 sizes are about perfect for the Western or Alaska hunter and serviceable models start at about $150 ( the random example Nikon in the header photograph was $210 and represents their mid priced line). Decent glass is just more affordable than it's ever been. Top shelf glass is wonderful if you can swing it financially but even economy glass is better than a naked eyeball or, God forbid, letting your muzzle purposely cross another hunter. I've looked at other hunters looking at me with binos and it elicits a friendly wave across the distance.

2. Spotting Scope- use this to evaluate game for legality, trophy quality, determine what an unknown  object actually is, or in extreme instances find game at very long range. You can spend a little or a lot but a decent spotter is a real asset to the serious open country hunter. I've seen other hunters with my spotter miles away, I don't think they even knew I was there.

3. Rifle Scope- use this to KILL game. It doesn't do the functions of either 1 or 2. You don't point rifles at things you haven't determined make dead- that includes other game and for darn sure it includes other hunters. So if that's you- stop it immediately and take a remedial Hunter Safety Course while you're at it because you apparently didn't get it. I've said it before- on a properly conducted hunt you might use a rifle scope for all of about 30 seconds- once you've found, evaluated, stalked and are in a position to make a killing shot. Only then does the rifle scope come into play.

Stay safe out there folks.