I've been on travel the last couple of weeks, doing a fair bit of hiking here in TN. Here is the view from a long abandoned (but still standing!) fire tower on the northern terminus of Bay's Mountain. The tower is an hour's hike from Bays Mountain Park headquarters. 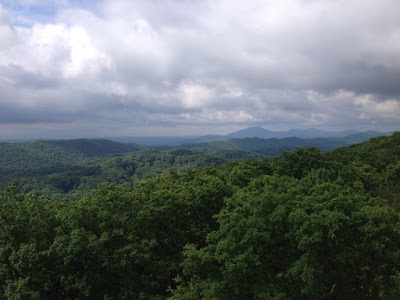 The tower itself is a relic from days long past. The Civilian Conservation Corps, a job relief program from the Great Depression that began in 1933, built this one and many like it in what was perhaps the first look at a nationwide conservation natural resource strategy. The CCC ran until 1942 when the World War II draft rendered it obsolete.

During those lean 9 years, 3 million young men built parks, roads and bridges as well as planted 3 billion trees, and completely changed wild land firefighting techniques. The workers got $30 a month (they had to send $25 home to their family) as well as 3 squares a day (tough to find in the Depression), shelter, and clothing. An interesting chapter in American history to be sure. 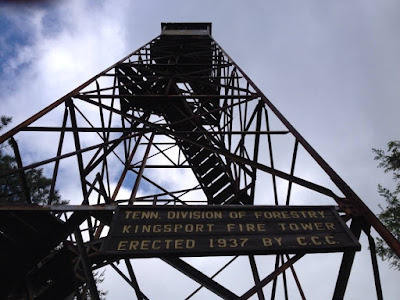 Here is a recruiting poster from the CCC, circa mid 1930s. 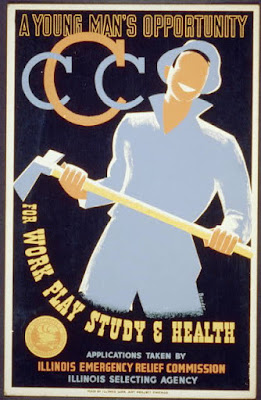 Back to the AK summer in a few days!
Posted by hodgeman at 8:31 PM