Something New...or Strings and Sticks and Assorted Pokey Things

My wife generally observes my birthday by dropping me off kicking me to the curb out of a moving vehicle in front of the sporting goods store with instructions to "go buy something." If it's not been a very good year, i might walk out with a box of shells or a pack. A good year has seen a nice rifle or two, a shotgun and a new pair of binos. Since I'm firmly ensconced in my "middle youth" I generally just skip intermediary steps and buy what I want from the outset since I'm likely going there anyway.

I've hemmed and hawed about archery for a couple of years now. I haven't shot a bow even semi-seriously in decades but it is something I've been wanting to try again for no particular reason other than it is a facet of hunting I've got little experience in. Alaska doesn't really have much in the way of a "bow season" the way the Lower 48 does, but we do have a few areas that are relegated to archery only and some fantastic tags there.

This year, I got kicked to the curb outside the archery shop. Which was pretty nice....so expect to see some archery content in the future. As of now, I've been shooting it for a couple of weeks and managed to take the online portion of my IBEP certification (required in Alaska for bowhunts). The bow is a Mathews No-Cam HTX, which came highly recommended by my archery oriented friends and I have to admit- it's been far easier to pick up than I imagined. 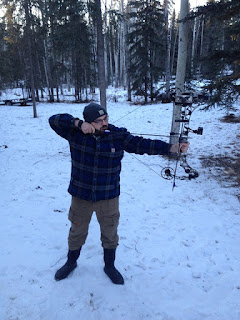 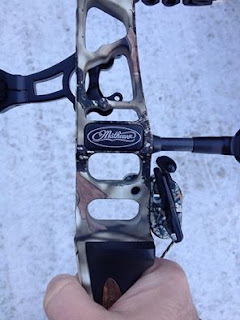 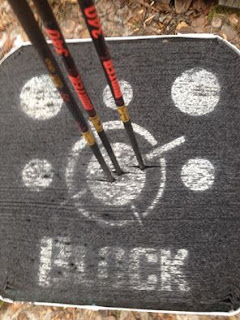 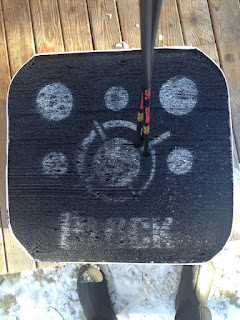 Congratz on the new toy!

I read that the area with the thickest moose population in Alaska is directly around Fairbanks metro, due to the lack of predators and heavy winter snowfall. It also happen to be strictly a bowhunting proposition. Would you be planning to hit that place comes fall? I imagine it present an awesome opportunity to fill the freezer ;).

John,
You're right...the Fairbanks Management area has some very high moose densities and it's all archery draw. I have to get my archery cert, which I hope to complete in March, and then put for the draw.

On other note- I may very seriously try to take a caribou with a bow this year. I've got a Tier 1 tag for GMU13 that should be doable. I've taken three caribou within bow range with a rifle previously...so I think it's certainly possible.

Sounds great, although I cant imagine how hard it is to stalk a herd animals with senses several times sharper than our own in a tundra setting, although you are the expert here. I've tried bowhunting on speed goats (pronghorns) in the open, after a few blown stalks I was ready to ditch the bow and get back to my trusty 300 bee. Is it legal or even possible to bait caribou whitetail style?

John,
Stalking to bow range is reasonably difficult on open tundra, but there are a couple things that work in our favor. First, caribou tend to be rather curious and will often approach you if you're sitting still. I've had a number of them just walk right up to me. They are not furtive like pronghorns and way less spooky than white tailed deer. I've never tried it, but a caribou cow decoy is likely to work pretty well.

The second is that as migrating animals they tend to follow somewhat predictable patterns, so an archer can find where groups are crossing a terrain feature (like a lake) and simply wait for the next group to come along. It sounds easier in type than it is in reality but that's the general idea of it. Since they're migratory, baiting isn't really possible.

Moose on the other hand are far easier to approach, mature moose simply aren't that put off by people- particularly in a quasi urban setting.

Mike,
I remembered reading that the favorite hunting method of certain Eskimo tribes was to intercept the herds when they were crossing a body of water and then simply spear them from their kayaks. I guess ambushing them at their annual crossing places would work really well then. Is it legal though to hunt caribou from a ground blind in Alaska?

Would you be considering scent-lok clothing or any such nonsense now that you are taking up bowhunting seriously? :p

John- as far as I'm aware, ground blinds are legal...but I've never seen anyone use one. I've had a long standing opinion about scent lok clothing. I'm unlikely to try any in the future. On the windy tundra you might as well just put your face to the wind and hunt on. I'm not convinced caribou are particularly sensitive. They don't appear so in my experience.

Hodgeman 2.0 has begun. I'm stoked for you dude. here in old Blighty we have ONE chance to do the IBEP shooting test per year, its next month so at least one archery buddy and I are going for it. I will of course keep you posted
SBW