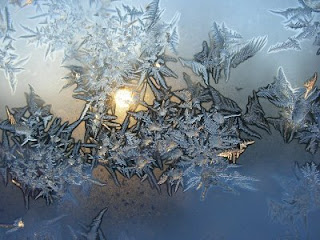 I've been hanging around the North for a while now and as most of you can figure out I'm basically in love with the place. Occasionally here in cyberspace I run into various folks who want to know why I'm here and how they can get here too. I'll spare you readers the tale of how I got here because I frankly don't feel like typing that much and isn't really the topic I had in mind. The story is long and complicated and I don't even understand it all myself.

Back to the topic at hand. After reading David's treatise on "Personas Among Us" I started thinking about all the interesting characters I've run into during my travels here (some were real characters) and some of the folks I've met via Cyberspace. I thought very hard about an exchange I've recently had with a young man about relocating to Alaska.

His questions started out in the usual way- "What kind of clothes do you need?", "What kind of gun do you use?", "How much wood do you burn?" and et cetera and so on. After a few exchanges I finally asked him point blank- "Why are you wanting to come here?" He was a young guy and Alaska has a way of beckoning young men but I thought something was very different about his responses to date. Basically his desire was to relocate to Alaska, hike out in the Bush, build a cabin and live off the land. While a neat dream for a naive 18 year old he was pretty darn dead set on accomplishing this feat. While I fully support the realization of people's dreams I had to wonder what on earth sparked this interest. He didn't seem particularly interested in Alaska or even much of a woodsman or even generally interested in becoming a woodsman. His main interest in Alaska was that it was far away from his home and he could get lost here. He wanted to get so lost he couldn't even find himself. He was pretty crushed when I told him his plan was pretty well going to take a lot of money because one just doesn't wander off in the woods and build cabins (at least not anymore) and he would have to purchase land.

When I told him that a Dick Proenekke style retreat from society hasn't really been possible since Dick did it he was genuinely upset. (For a more thorough understanding of Dick Proenekke I'll recommend "One Man's Wilderness"). I suggested some alternatives- move up, go to school, go to work, get here and learn a skill, make some money and fill your noggin with what you need to know to live here or for that matter live anywhere. If being in the wilderness was a desire there's lots of work to get you there. Trappers, catskinners, prospectors, remote mining, remote villages, fishing, and so on all provide opportunity to get out there where people aren't many. Stretch out those wings and fly- write to your Mom and Dad on scenic postcards with all sorts of interesting postmarks and most importantly generate some great stories (all true of course) with which you can regale your highly impressionable grand kids. I've been all over this place in remote, out of the way spots (scenic and not) plying my meager skills, getting paid to do it, and having some great yarns to spin but that obviously wasn't on his agenda.

Aah, I see. My young acquaintance was a runner. Alaska being remote and rugged tends to attract two kinds of folks- those coming to something and those running from something. The folks coming to something generally find some kind of life here, some fortunate folks like myself find a very good life here. People coming to wide open spaces, a frontier opportunity, a new way of life, a fresh start, or even just some fantastic hunting and fishing are seldom disappointed. Unfortunately those running from something tend to find something here too- the same malcontent and troubles they experienced wherever they came from. Even in the modern era, when life is much easier than ever before, people tend to leave pretty soon and turnover is very high.

The term cheechako is basically a word for "greenhorn" and is applied to folks who haven't lived through all four seasons- almost winter, winter, still winter and construction. A cheechako in Alaska has about the same social value as warm, stale beer for the most part. I believe I was here about 10 months before anyone even bothered to ask my name that didn't want it for a job application, a W2 or a trooper report. After a decade I see why. If you make it through the first year the odds are much better you'll be around a while and so many folks don't make it through that most residents just don't have the emotional capital to spend getting to know all these people. Alaskans have a reputation of being standoffish to newcomers that is often mistaken for aloofness. Chances are you're simply standing in the spot of someone who's just pulled stakes and left town leaving behind unpaid bills, unresolved disputes, or maybe just a bad taste in their mouth. A newcomer shouldn't take it personally because come Spring if you're still around your stock will go up considerably with the local populace.

Like it or not we all start out cheechakos. Time in state is worn like a badge of honor and you're often sized up in conversation with strangers with statements like, "You remember when Mt. Redoubt blew its top in '98?" or "You remember the cold snap when it snowed 4th of July in 83?" as a way of gauging your experience. The whole thing get worse the farther in the sticks you go and time spent in Anchorage doesn't count (unless of course you're in Anchorage).

A certain group of folks move here with the idea that they'll just bypass the whole cheechako thing and go straight to "sourdough" or "old timer" by just moving straight to the Bush and having a go of it. There are some folks who've pulled it off and they admit its more dumb luck, protective angels, and the like than Jeremiah Johnson skills. They type of folks I'm talking about are the Chris McCandlesses of "Into the Wild" fame (or infamy as you wish) only most are not so nearly interesting or haven't had the benefit of good storyteller to tell their tale. Sometimes the story ends with a rescue of an emaciated drifter or more frequently they just call it quits and hitchhike South or move into Anchorage for a more civilized wilderness experience. Sometimes they end badly, as in the case of McCandless, a statistic of hunger, exposure, some fatal accident or most frequently hubris, the fatal flaw of pride that keeps folks going much longer than horse sense would allow. Sometimes they just end- a missing person report that ages in the Trooper system until no one cares anymore. A friend of mine and his wife found a human skull while picking berries in the Talkeetna range a few years back. They filed a Trooper report and the coroner came to exhume what was left which wasn't much. The remains were most likely a couple of decades old and nothing was found to identify the deceased. When they ask the coroner what would happen next he simply replied-

The little out of the way spots at the end of the road tend to be magnets for these folks and a few of them manage to do more than just harm themselves. Alaska has had its share of folks who've drifted in and committed mayhem in the middle of nowhere after losing whatever precarious grip they had on reality. If you take one marginal grip on reality, subtract sunlight, add in -40F, stir in equal parts desperation and alcohol you usually wind up with disaster. I've certainly met my share of fruit loops in the out of the way places up here. A few actively seek out these places to commit acts that are generally frowned upon or actively prosecuted in places with more law enforcement presence. The recent Pilgrim Family saga comes to mind as do the shootings in Chena several years ago.

So every time I speak to someone who wants to come to Alaska I'm careful to listen to a motive. The folks looking to leave behind their worries, flee their responsibilities, and turn their backs on society have all of my sympathy but none of my support. Alaska has tremendous appeal to the desperate loner but I can think of no other place less suited to their long term survival. Alaska is a great place to come to but a terrible place to run to.
Posted by hodgeman at 9:21 PM

The wisdom of a veteran comes through very clearly. Way to many folks now-a-days are running from something; Florida is full of them.

Raggedy jeans, threadbare t-shirts and flip-flops is their uniform, along with the obligatory beer in the one hand, and cigarette in the other.

One of these days I'm going to get up there and pan for gold. Always wanted to do that!

I guess I never thought many people went to Alaska to run away from things, but now that I think about it, it really makes sense. Kind of reminds me of some of the folks I met in nother ID.

Great stuff! I know exactly the type of lost soul you're referring to. The story of the West is, in many ways, about running away from various things, and less about maturity and long-term inhabitation. We do get some of these in MT, but I think AK wins on this one.

Keep them coming Hodgeman!! Talk to you.
DC

You sure make me want to come over for a look!