While perusing the shelves of mostly useless stuff at my nearest outdoors mega store I found a product so asinine that I couldn't help but write about it. I seldom venture into the outdoors superstore as it makes me think that there's no way Lewis and Clark made it to the Pacific without a two stroke margarita mixer. It also tends to lighten my wallet a bit in the process. Its simply brainwashing for profit but it beats shopping for more domestic needs.

It was then in my random wanderings through the outdoor mega mart wondering how to live without a camp stove drip coffeemaker that I found a product so obnoxious it stopped me in my tracks. 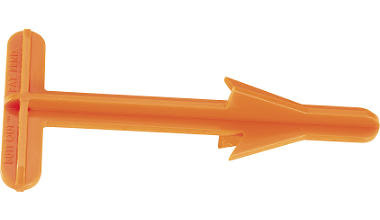 That, gentle reader is something called the "Butt Out" tool. Its intended purpose is to "assist" the hunter in removing the alimentary canal in an efficient manner while protecting our presumably squeamish hunter from touching
Posted by hodgeman at 7:37 PM

Hard to believe that someone "invented" this, let alone some other people buy it.

What comes to mind is the saying, "Rectum, hell it kiiled 'em."

I have to say I've always wondered about this thing myself. I work for a hunting products company and I've seen some interesting stuff, but that's one of the oddest.

How long before someone presents at emergency with 'an accidental insertion'?

My cousin actually bought one of these I watched him use it while dressing the deer he shot this season.

It did seem odd watching him use this butt out tool as he called it.
The only benefit I saw from using it was that it may have made the job a bit quicker, but not by much.

Needless to say I won't be getting one any time soon.