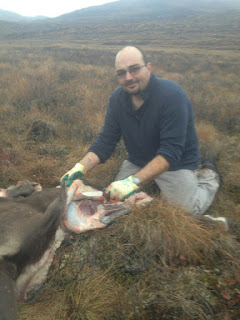 I do enjoy correspondence with my readers, almost always. There are exceptions to such generalizations however, and the rare occasion of "hate mail" is one of the odd such times that I don't relish interaction with my readers. I must confess that I rarely read through an entire email- particularly once I've determined the sender is venting vitriol. I rarely respond to these emails either- in my experience those folks are looking to pick fight or take my correspondence and send it somewhere else for others to read. So as hard as it is, I generally rely on executive privilege and reduce diatribes to so many disjointed electrons in the round file. Deleted.

I don't publish these emails for a couple of reasons. First, they are seldom written well enough to convey rational thought and often contain quite a lot of profanity. I can't pretend to say that profanity offends me greatly and I'm prone to utter expletives myself in dire circumstances despite efforts to refrain- but relying on the shock value of profanity in written word usually just reveals a lack of wit and imagination. Second, I don't really want to see debates running in the comments section of my blog and have no desire to either provide a bully pulpit or run one for myself. So topics like hunting apologetics and gun control I generally just leave alone despite having strong opinions on them. But there are certain aspects that keep coming up that I believe I'll take the opportunity to address. So dear reader, bear with me as I answer some common accusations.

The accusation that offends me the most is that I'm some form of bloodthirsty killer. I'm not. I've said previously that killing isn't something I particularly enjoy. It is a regrettable, and completely necessary part of the hunt. Reducing other animals to food requires their death- whether you're a human hunter or a tiger or a sparrow. I've had a number of conversations with people who refuse to eat animal products in an effort to eliminate the death of animals for their own sustenance. It's a nice thought and one that I know folks hold quite seriously. But our world doesn't work exactly like that. Agriculture on even a small scale requires the death of animals either by habitat reduction or direct intervention like depredation of crop damaging creatures, be they a weevil or a deer. Continuing our life ultimately requires death. Sometimes the shortest path between our sustenance and that required death is a bullet.

I approach the death of the animals I hunt quite seriously, I don't find joy in the killing. I do find joy in the success of the hunt but that isn't quite the same thing. I realize the distinction might appear nonsensical to the non-hunter but the successful hunt doesn't depend on the death of an animal although it is a component of a lot of them. That is also not to say that I don't find joy in being proficient in the killing that hunting demands. I take genuine pleasure in being an efficient killer of game and work very hard in both the technical aspects of rifle craft and field craft- knowing when a shot is good and when it is too risky, too far, knowing exactly where to place the bullet. Escapes in that arena bother tremendously because I am a hunter, when I kill I want to do so with maximum dispatch. The ideal death of my quarry is one in which the animal falls at the shot and never moves. Quick. Painless. I take any deviation from that as a personal failure. A journey from wildness to death in a second. It may seem grim to the non hunter but it is a better deal than the wolves and the cold offer. Nature holds no such human inhibitions against suffering.

I also take exception to the concept that I find killing fun. I don't. The notion is sick at it's core as are the people who hold such views. I find the hunt exhilarating, and exhausting. Lying in a tent in a storm, in the middle of bear country covered in three days of my own stink and sweat and the blood of an animal I've just butchered and hauled on my back down a mountain isn't the least bit fun. It's a lot of rewarding hard work. but I rarely think- this is fun. To borrow from Steven Rinella, if I found killing "fun" and it was the sole purpose of my hunt then I'd volunteer at the local ASPCA shelter euthanizing unloved stray pets or work in a meat packing plant and kill all day in comfort at union wages. I've observed both firsthand and neither could, or would, do either.

I also take exception to the notion that I should somehow "join reality" and just buy meat at the store rather than make the effort to subsistence hunt. Let's see- most Westerners will eat a meal of an animal they never saw in entirety, had no hand in killing, and probably couldn't narrow down it's life to a state. Then they sit down to an evening of entertainment watching scripted "reality" on an electronic screen or talk to "friends" they've never met and never will and if the truth was known have nothing in common with other than mutual electrons. I'm not sure actual reality is a place I've ventured too far from. Not that I want to sound condescending to those who don't hunt- I'm no better than anyone else for the effort I expend. It's how I choose to focus my energy in pursuit of a goal I find meaningful. I also won't accept the accusation that because I take an active role in procuring protein that I'm somehow a deviant.

So why don't I spend more time talking about such things on my blog? It's a fair question and I'll answer. I don't really feel the need to defend something that humans have done since the very beginning. If hunters and non hunters and anti hunters want to go somewhere and argue in circles endlessly about the ethics of any aspect of hunting then the internet certainly has hundreds of venues that will provide. I don't really want this one to be one. I'd rather tell good hunting stories and show some pictures of my life in the field. I like to put up some recipes of things I've made the animals I hunt into. I like to help newer hunters understand some of the techniques and equipment that I use. I'd hope that some of what I do will help others understand what I do better and replicate it themselves if they choose. I realize that putting my life out into the digital ether opens me up to criticism, but that was a risk I knowingly took. Sometimes I feel it is worth it when I get correspondence from a new hunter who found success using a technique they read about here or correspondence that reports a person gained new insight about what I do by reading about it here. Sometimes it's just someone telling me they enjoyed reading a great hunting story. I appreciate it- I really do.